Where to go birding in Vietnam – Vietnam birding sites

Vietnam is a bird-rich country bordered by China, Laos, and Cambodia. Stretching a 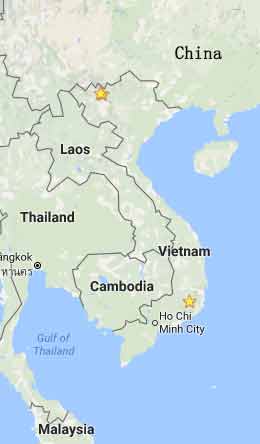 thousand miles down the east coast of Southeast Asia, which supports a vast array of habitats. Between the mighty deltas of the Red River in the north and the Mekong in the south are endless beaches, fertile plains, lush rainforests, and high plateaus with rhododendron-covered peaks rising to over 3400 meters.

Talk to non-birders about Vietnam and they are usually surprised to hear that it is the popular birding destination. In the same way that Ethiopia is perceived to be stark and famine-ridden, Vietnam is often viewed as war-torn and scarred. Neither perception is correct. Vietnam is in fact within an important area of endemics and retains some valuable tracts of rain-forest that can easily be visited by birders today. Add to that accessible mountains and wetlands that host some of the rarest shorebirds on earth, and Vietnam becomes a stunning destination.

During Vietnam birding tours, birders often start from southern Vietnam in HCM city (formerly Saigon) reach many different habitats and the end of the trip will be in Hanoi (the capital of Vietnam). So for the study about Vietnam birding sites, we may see deeply in each part of Vietnam.

Which Cat Tien and Dalat are two extremely popular birding destination, all most birders will visit those sites. Cat Tien has recorded 320 bird species with a most accessible site in Vietnam for Orange-necked Partridge (Indochinese endemic) leaving in the thick bamboo forest. Home for many birder’s most wanted birds such as Siamese Fireback, Germain’s Peacock Pheasant, Green Peafowl, Blue-rumped, and Bar-billed Pitta. Dalat is an EBA has the natural evergreen forest and coniferous forest where is home for six endemic bird species and also supports several subspecies of Himalaya mountain. 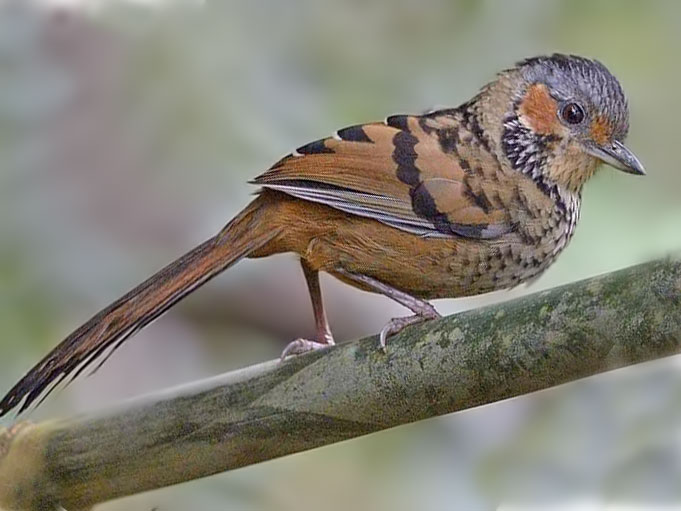 In particular, the Kontum plateau is one of the areas with biodiversity levels highest in Southeast Asia where little-known Chestnut eared Laughingthrush can be found. Discovered and described as recently as the late 1990s this enigmatic species is known only from the Kontum Plateau and until mid-2010 had only been seen by a handful of birders. And also for other endemic Little-known Golden-winged Laughingthrush just have the potential to see until the end of 2015.

Cuc Phuong is likely to be an important feature of any North Vietnamese birding itinerary. It is a large reserve set in the limestone foothills of the Annamite Mountains. Accommodation, catering and birding trails can all be found at the remote Bong substation, which is 13 miles beyond the park headquarters; and areas immediately around the headquarters itself are also well worth birding.